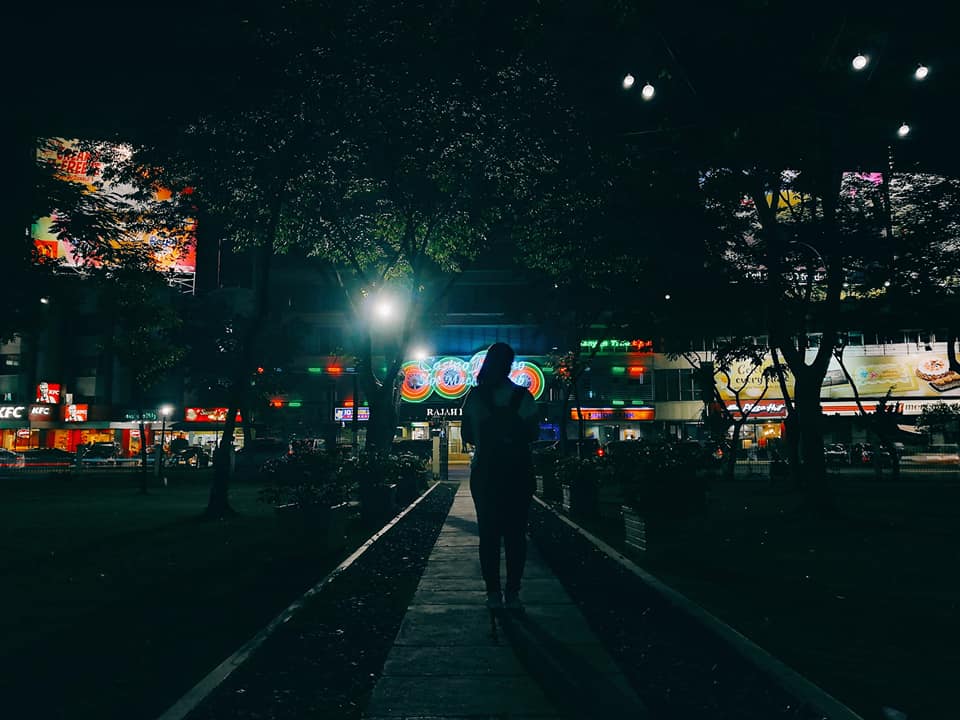 An unfamiliar feeling aroused inside me while watching a softball match – between college students who were very much engrossed with bickering and plotting out evil plans against each other. Several years ago, I was just like them… determined to reach a certain goal no matter what the cost may be. But adulting happened. I became one of those kids who grew up way too fast, ordered to pay bills, and realized that life is more than just the games, my friends and I, used to play.

Christine and I were entertaining all these thoughts over a bundle of french fries while waiting for out other friends – college barkada – to come. And as usual, they didn’t. We always had that thought that life after college would be a piece of heaven; however, it turned the other way. Work schedules hindered us from seeing each other. Priorities separated us. And even though we are just under one sky in this metropolitan, we ended up being miles and miles away. One of the many drawbacks of adulting.

Since we had all the time of lives that night but too broke to stay in a café to talk about unessential things in life, Christine and I decided to do what we both love to do – stroll. Somehow, such out of the blue decision allowed us to travel back in time – literally and figuratively. An unplanned walk allowed us to reflect so much about life and the things that had been going on around us.

While Cebu offers a massive number of adventures for travel junkies, it is also a home to a lot historical sites which may seem bare in daylight but turns magical at night.

We started our stroll at the seat of the provincial government of Cebu. Though I have been passing this area almost every day, it was the first time that I took the time to gaze upon it and eternalize the scriptures written on it that goes “The Authority of the Government emanates from the people”. We stayed in the area for a couple of minutes before we realized how beautiful the architectural setup was. That night, I realized that we have to see the tenderness underlying everything that we see. To stop and give something a little of our time; because, sometimes, over familiarity stops us from appreciating what we already have.

Several meters away from the Capitol Building stands a library which has been long forgotten by many. Christine recalled about the times that she spent in the place together with her thesis-mates in order to gather data. It even looked more amazing with the dimming lights. And in that moment I knew that not everything meant to matter to anyone. You may not matter to somebody you so dearly spend your time with; but to those who saw the beauty and affection that is in you… you will always matter no matter what happens and how long time may pass– the way the library did to Christine.

Nothing seemed special about Fuente at first. I studied and worked nearby the area so it has been a usual sight. However that night, I learned to appreciate more the place and I learned why many people still visit the area – it gives an alluring trance of being away from the city though it’s literally at the heart of it. It’s enchanting and captivating at once – a quick getaway from the hassle and fast-paced life of the city.

Something crazy happened here. I wanted to photograph the school but the guards won’t let us in. The reasons are obvious: we are not students of the academe and it’s nine in the evening. Why would sane people do such? HAHAHAHA. Still, you can’t stop a persevering person. We tried using the monopod to take a photo of the school but it failed. My hand was too shaky. Then we saw the skywalk and… viola! We climbed up and took numerous photos of it. Though it was not as what I pictured as it would be, sometimes, what makes a photograph essential to those who captured it is the experience earned from taking it.

Christine tried to stop me from taking photos here because the area was notorious for the bad elements of society, but it was a rare opportunity to miss. It’s not every day that you get the chance to do long exposure shots and photograph such historical place at night. Sometimes, some things are really worth the risk.

I know it looked horrendous. No matter what I do, I just can’t get a perfect shot of this beautiful scenery. I’m afraid Ferdinand Magellan would rise from the dead and kill us for not giving justice to this. Or maybe this is just a wakeup call that sometimes we just have to stop relegating to the camera what should be foremost for the eyes.

It’s almost midnight and we were at the back portion of Plaza Independencia when Christine and I decided to put an end to such charade. Who would have thought that from Capitol, we would end up on this historical plaza? And probably that’s just how life goes. Everything comes to an end. Even good things come to an end. So as the bad ones.

Yes, I know. Most of the places that we’ve been to are historical places. Why do we want to romanticize the things that happened in the past? Because that’s the only time that we feel more alive to get through all the adversities in life, to understand more about life, and to realize what it feels like to be alive. They may just be mere memories but they keep us through the coldest nights, most difficult battles, and saddest times of our lives. Looking back allows us to see how we have grown through time and how we have kept grounded on the values learned from those moments. Because most the times, life forces us to grow. Growth is essential. Change will always come whoever the political leader will be. And sacrifices must be made just like the narra tree which will be cut off when the BRT project will start.

Such night made me realize about a lot of things. Most especially about adulting. It’d be difficult. We have to step out of our comfort zone (like literally). Be broke for a while (or until forever). Lose some friends (and keep only those who pave necessary and worth keeping). Have some sleepless nights (because we work at night). A lot of people might not understand what we are going through, but remember that you are not alone in this journey. Somewhere, someone’s undergoing a massive reconstruction as well. Very few will survive with flying colors but as long as you keep going… we will eventually finish this.