The more you fall in love with solo backpacking – of realizing that you can actually manage to survive on your own – the more it becomes difficult for you to develop relationship with others. You become too self-reliant that you find a companion annoying rather than of help. Of course, this does not work all the time. Like what the old adage says: no man is an island. With the growing demands of workload these past few weeks, companionship becomes a necessity – to keep us all sane and happy amidst crisis.

Eventually, those late night shifts and sleepless battle with documents ended. And what other beautiful compensation we could give to ourselves but to distress… away from the city. In an instant, a meeting happened and being the one who’s familiar with the places around the province, I started making the itinerary for the group. To make the most of the trip, it was agreed that the group will spend a night in one of the member’s house to get to know the family as well (of course, there’s more reason to that HAHA). To be able to save time and money for transportation, one of our colleagues referred a van rental service to accommodate the group. When the itinerary and expenses were set, everyone started looking forward for the weekend. Excitement was an understatement.

What they don’t know is that… I won’t be coming with them on that South Cebu Adventure.

I wanted to but I already scheduled an activity (will be posted after this entry…. hopefully) beforehand. So the night before the trip, I messaged Pierre (whom I consider as a potential leader for the group) about my absence. He was astonished, of course. Much more when I passed unto him the yoke of leadership. Fear replaced his excitement. But of course, I had to explain to him properly why I had to do such and why I chose him. You see, leadership does not mean you have to own all the tasks; rather, it means being able to empower and delegate other people so that they can be leaders on their way too. I knew it was crazy – to have them travel without me – but more than that, I know what they will be missing if we cancel it. So imagine how bombarded my phone was with messages when morning came, when they were all inside the van, when they found out that I won’t be coming. HAHA. 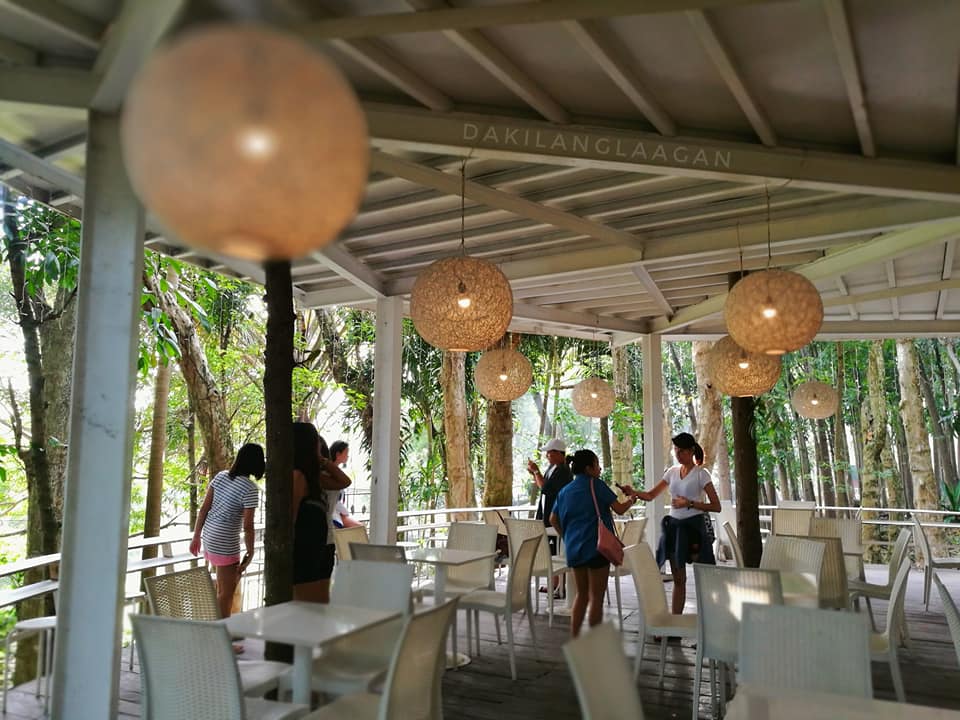 Bas Daku is a long stretch of white sand beach located in Moalboal, Cebu. Aside this beautiful coastline, its clear blue waters provide a perfect location for swimming and underwater adventure. Bas Daku is also the gateway for those who want to try scuba diving, free diving, and islandhopping to nearby island, Pescador Island.

Malabuyoc is the gateway to a number of water adventures in the southern part of Cebu. It hosts the renowned Mainit Hot Spring and Montaneza Falls. However, on this trip, Kamote Club only stayed in Malabuyoc to feast over the food prepared by the parents of Sansan.

The fifth stop for this Round South Cebu Adventure offers a wonderful adventure – Aguinid Falls. What makes Aguinid Falls unique is the exquisiteness and the great number of activities that can be done while going through the different levels of the waterfalls.

Conscience kills. So upon arrival in Cebu, I immediately traveled to Samboan to meet them. While on the way, they began to discuss their travel experiences and the socials at night (usually the most favorite part in every camping activity). You know already what happens in a sleepover where nobody actually sleeps. HAHAHA. Five hours after, I finally got to meet the group and without further ado, we started the trek to one of Samboan’s forgotten gems – Calasa Falls (will be writing a separate post for this).

Little is known about Calasa Falls. Back then, it is one of the prospective tourist destinations in the municipality of Samboan. However, because of the lack of support and interest, the waterfalls became one of those forgotten projects left in the bitter memories of the past.

By three in the afternoon, we headed back to the bus terminal so to accomplish the final wave of the trip – visit Berto’s house in Argao. It was already late in the afternoon when we arrived at Argao town proper and we still have to travel thirty minutes via habal-habal in going to Masulog, Argao – another mountainous area around the municipality. While I’ve become familiar with the steep and rough as it’s the same track in going to Argao’s Coal Mine Resort, I started to worry about them because they were new to this kind of activity. Luckily, the sun was perfectly setting at that moment, giving us a refreshing view while battling with the uneven road. 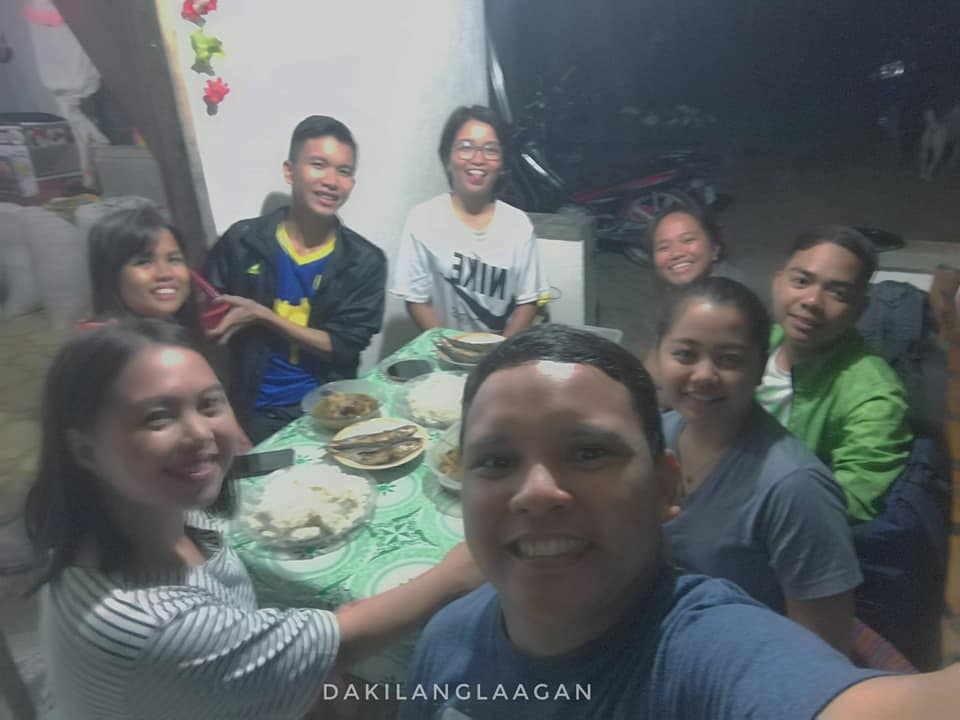 Just as promised, Berto and his family prepared a sumptuous meal for the group – chicken soup, fried fish, brown rice from their field, homemade torta, sikwate, and freshly-picked buko! Indeed a superb dinner to conclude the trip. And just when we thought we already had the most of the night, fireflies began to make themselves appear before us! Though I’ve seen fireflies in most of my hikes, it was the first time I saw a tree literally lighting up because of the huge number of fireflies gathering around it! Instead of relaxing after dinner, we ended up chasing fireflies in the rice field.

Yes, there is wisdom in solo backpacking; but there are also things that are best experienced when in group. Truly, happiness is only real… when shared. To Pierre, Jacque, Renz, Sansan, Venus, Jay, Sheen, Jeya, and Berto, thanks for making this trip a memorable one. Extend my gratitude to you parents for welcoming us as well. Til next time! 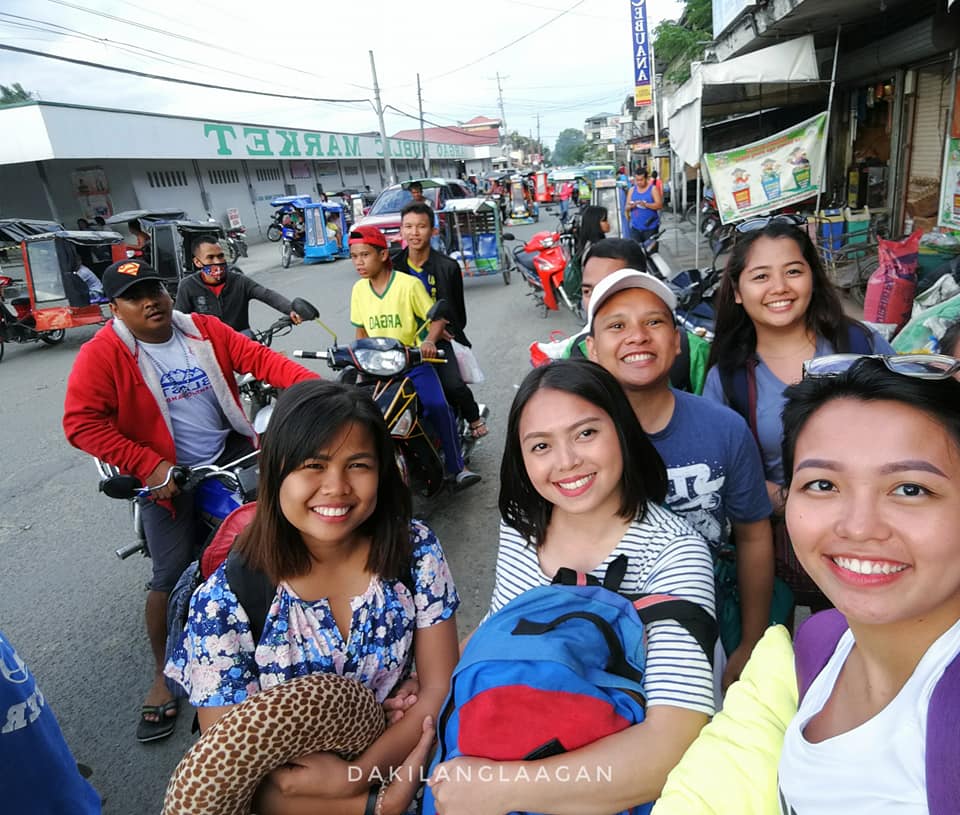 For more crazy adventures, check daily updates on Facebook and Instagram! Hope to see you as well on trails!