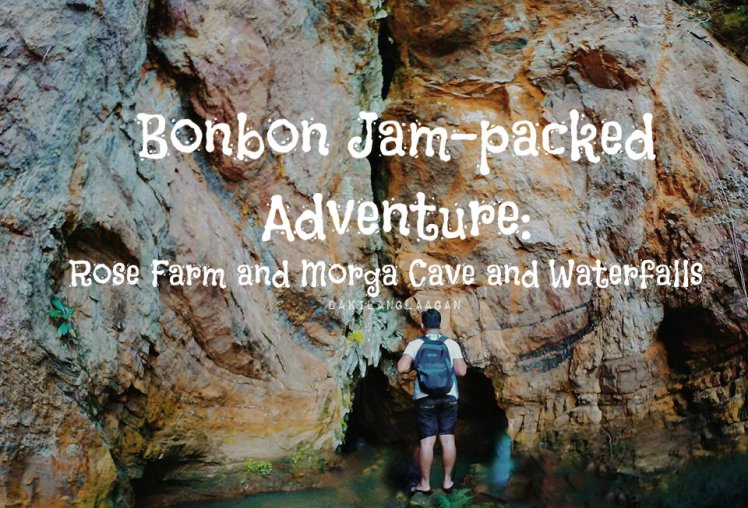 I think I would stop blogging. I had been dwelling with this sentiment for these past months and this had been the reason why I have been slacking off for quite some time. Others label this as writer’s block; I’d like to believe it’s otherwise. Words are still hovering around my head and my fingers are more than eager to make love with the keyboard. But something is totally wrong. I want to write and at the same time I don’t feel the need to.  I was in this indecisive state when a colleague mentioned about a cave and mountain located nearby their flower farm. Of course, just the mention of the word mountain, my hidden antenna immediately popped out from their hiding places. Right then I knew the answer to my dilemma. Adrenaline rush.

While Cebu City has been boasting about its urban development and economic stability, there are still places within the area that is free from traffic and the daily hassle of the fast-paced life in the city. Just few kilometers away from city’s renowned destinations, namely: Sirao Peak, Temple of Leah, Tieza Botanical Garden, and Sirao Flower Farm, hides a range of adventure waiting for soulful wanderers and adventure-junkies to discover.

From JY Square, we were fetched by our colleague’s father using their ever reliable multi-cab which also served as a means of transporting the flower harvest in their farm. I was with the same group who were with me on my recent jaunt to Camotes Island – minus some individuals who had other scheduled activity that day. Honestly, we really didn’t have any idea what’s installed for us. What we had in mind was that we will be hiking and discovering a cave. But what fate prepared for us was more than what we expected.

The road to Sitio Morga seemed familiar at first because it was the same road that leads to the jumpoff station in going to Himbabawod Falls. (Click here to find out what the heck of adventure we had in finding that waterfalls). However, the path is way farther, steeper, and rockier. Believe me, I could almost hear the engine of the mobile burst out in frustration due to the uneven structure of the road. The only relief we could feel at that moment was the appetizing beauty set before us and the cold wind that enveloped our senses.

Level 2: All out War against Thorns and Exquisite Beauty

The moment we reached Sitio Morga, it started to drizzle. The clouds didn’t seem heavy though and both Mervin’s father and I agreed that it would just be passing by. So we decided to start with the epic journey waiting for us. On our way to the cave, we have to pass by several flower farms which were taken cared of Mervin’s family and relatives. These flowers are often distributed to selected flower shops in the city. And because most of the flowers planted were roses, we had to execute several Matrix stunts to avoid the thorns and to avoid destroying the grafted blossoms.

There was actually an easier way in going to the cave; however, we got intrigued when a local asked us if we will be visiting the waterfalls. A cave and a waterfall adventure? Who wouldn’t like that? And so we asked Mervin’s father and his fellow to take the other trail in going to the cave. Before they agreed with the idea, they reminded us that it would be a very long trek. We didn’t mind that much at that time as excitement eventually took over our system. From the flower farm, we followed a downhill path towards the rummaging river. Such scene reminded me of a story shared by Miss Evelyn who was with me during our Mt. Manunggal-Mt. Mauyog Valentine’s Climb. She mentioned about the cave and Himbabawod Falls being connected with each other. I asked the local guide who was with us and he shared that indeed, the river that we were trailing was connected to Himbabawod but it was way too far from our location.

It wasn’t my first time to climb a waterfalls for I had experienced that one at Aguinid Falls in Samboan. It wasn’t my first time as well to rappel through waterfalls because I’ve experienced canyoning in Biliran as well. But unlike me, it was my colleagues’ first set of adventure. Just imagine how exhausted they were after climbing those boulders and avoiding the rush of the water that directly hit their faces. It reminded me of my first adventure in Argao – both frustrating and memorable at the same time.

After bouldering through several cascades, finally, we found the cave. But unlike most caves in Cebu (Balay sa Agta, White Cave, Candongao Cave, and Lumanoy Cave), Binuthan Cave was not a walk in the park. Passing through the entrance of the cave entailed holding a rope and hanging on it because your life literally depended on it. According to Mervin’s father, they have tried testing how deep that part was and we were totally astonished after finding out that not even two poles of fully-grown bamboos were enough to reach the bottom part of the river. After passing the entrance, we had to climb up to a stable area where various holes, chambers and stalactites can be found. Just when we thought that we’re about to conclude that day’s adventure, we were totally surprised after finding out that it would take us hours to get out of the cave. What makes it more frustrating was that the number of flashlights/ headlights we had was limited and we were bringing heavy loads with us. There were even areas where we have to crawl to avoid damaging the stalactites and stalagmites inside the cave. But probably the most challenging part for me was when we had to take several turns, drench into neck level water, and step into muddy, rocky, sandy, and all varied kinds of underwater beddings who-knows-what-there-could-be. HAHA.

So when we finally saw the light that signaled the end of our quest, just imagine how victorious we felt. We survived. But ultimately everybody groaned upon seeing the trail that we have to take in going back to the highway, back to the multi-cab which was waiting for us. It was, of course, several miles easier in comparison to the adventure we had inside the cave. Upon reaching the highway, we had a sumptuous dinner at a barbecue station back in Bonbon proper before heading back to the city. And even with the numbing pain felt by the beginners who were with us, we were all so bubbly exchanging our thoughts and most memorable experience throughout the journey.

Of course, the pacing would have been faster and the trails would have become a lot easier to take had I been with hardcore outdoor enthusiasts. But more than just speed and strength, I have realized that it’s good to be with the neophytes from time to time. They humbly accept defeat and are easy to get along with. They don’t have the air of ambition and achievement which some adventure-junkies have so full of. And most importantly, they remind us how scared, persistent, and eager we were back when we started. With them, the mountains, no matter how many times I visit them, would always feel like the first time. So to Jacque, Jovy, Venus, Fate, Bea, Wilma, and Mervin, thank you for such amazing adventure and for finishing it with flying colors. You all deserve the barbecue in the world! HAHAHA. And I think I have found more reasons to continue writing and sharing my thoughts. *wink*

Want to try such adventure? Try at your own risk! HAHA. 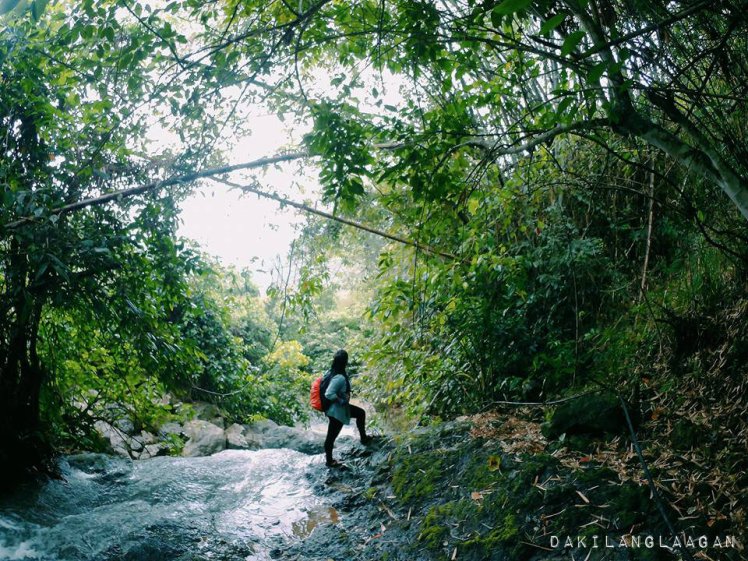 For more adventure, see events and stories on Facebook page Dakilanglaagan and Instagram @dakilanglaagan. Feel free to contact me via e-mail as well – marjgabuya@yahoo.com. Have a fun-filled weekend ahead! Enjoy!