Here’s the top ten countries with the most number of islands in the world:

While it remains as a debate whether some islands would pass for the minimum size of an island, Greece earns the tenth spot with an approximate number of 1,600 to 6,000 islands in all. However, despite this number, only 166 of these islands are inhabited by people. Crete is its largest island, followed by Euboea, Lesbos, and Rhodes. Greece is known for its white sand beaches and Greek islands that provides a unique experience to those who would like to visit the country.

The national mapping agency for Great Britain – Ordnance Survey – was able to map around 6,289 islands belonging to the United Kingdom which mostly belongs to Scotland. This number of islands include all overseas territories, Skye, Orkney, Fair Isle, Lindisfarne, Mersea, Isle of Wight, Herm, Anglesey, Lundy, and Bryher. If we get to include the British Isles, United Kingdom would have a total of 6,806 islands in all!

I probably sucked so badly at geography because I spent my whole life believing that Japan is a country composed of one big island. Well, thanks to my walking-atlas workmate I learned that Japan is a one big archipelago with 6,853 islands. About 430 of these islands are inhabited though only the big four main islands are known to many: Honshu (where Tokyo is located), Hokkaido, Shikoku, and Kyushu. Note that Japan also has a couple of manmade islands and about 200 volcanoes distributed around the archipelago; hence, the earthquakes experienced by the country.

In case you missed it, Philippines got more than 7,107 islands. According to the recent estimate of NAMRIA or the National Mapping and Resources Information Authority, Philippines has now 7,641 islands in all! These islands are then clustered into three major groups: Luzon, Visayas, and Mindanao. Philippines is known worldwide for its world-class beaches, tropical climate, and rich culture and ecosystem.

Based on the reports given by Australia’s Tourism, the only continent country has over 8,000 islands! These islands are distributed to Western Australia (3,747), Queensland (1,955), Tasmania (1,000), Northern Territory (887), and South Australia (346). While kangaroos and koalas and known to live harmoniously with the people of Australia, the country also boasts of rich wildlife and ecosystem with the numerous species of flora, fauna, reefs, forests, and deserts.

Based on the estimate of CIA World Factbook, the Republic of Indonesia has 17,50 islands wherein mostly are volcanic islands located in Southeast Asia with some territories in Oceania. It is to note that Indonesia is the 14th largest country in the whole world in terms of land area. These islands in Indonesia are known for its beautiful beaches, volcanoes, limestone cliffs, and rich biodiversity. For this reason, the country remains as one of the top destinations of travelers in the world.

With 52,455 islands recorded by Statistics Canada, Canada claims the fifth spot with the most number of islands in the world. Baffin Island is the biggest among them with 195,927.93 square miles. Out of these islands, around 30,000 (The Thirty Thousand Islands) are located within the Georgian Bay – which make it one of the largest archipelago in fresh waters. Only 129 of these islands are named while 250 remains uninhabited by people.

Norway has so many islands that the country totally had a hard time counting exactly the number of islands along the coastline of Norway. This northern European country has over 55,000 islands of which Spitsbegen is the largest and the only inhabited island in Svalbard.

Finland has around 179,584 islands of which 98,050 of these are within the 188,000 lakes of the country. According to the Finnish Tourism Body, only 455 islands are permanently settled by people.

Did you guess it right? ‘Cause I didn’t. Who would have thought that this country would have this total number of islands?! 221,800?! Insane, right? Well, actually, out of this number, majority of the islands in Sweden are uninhabited. In spite of that, the country’s capital is also an archipelago on its own with fourteen islands connected to the mainland with over fifty bridges. It is the world’s island capital – also renowned around the world as great spots for swimming, fishing, and extreme water sports. 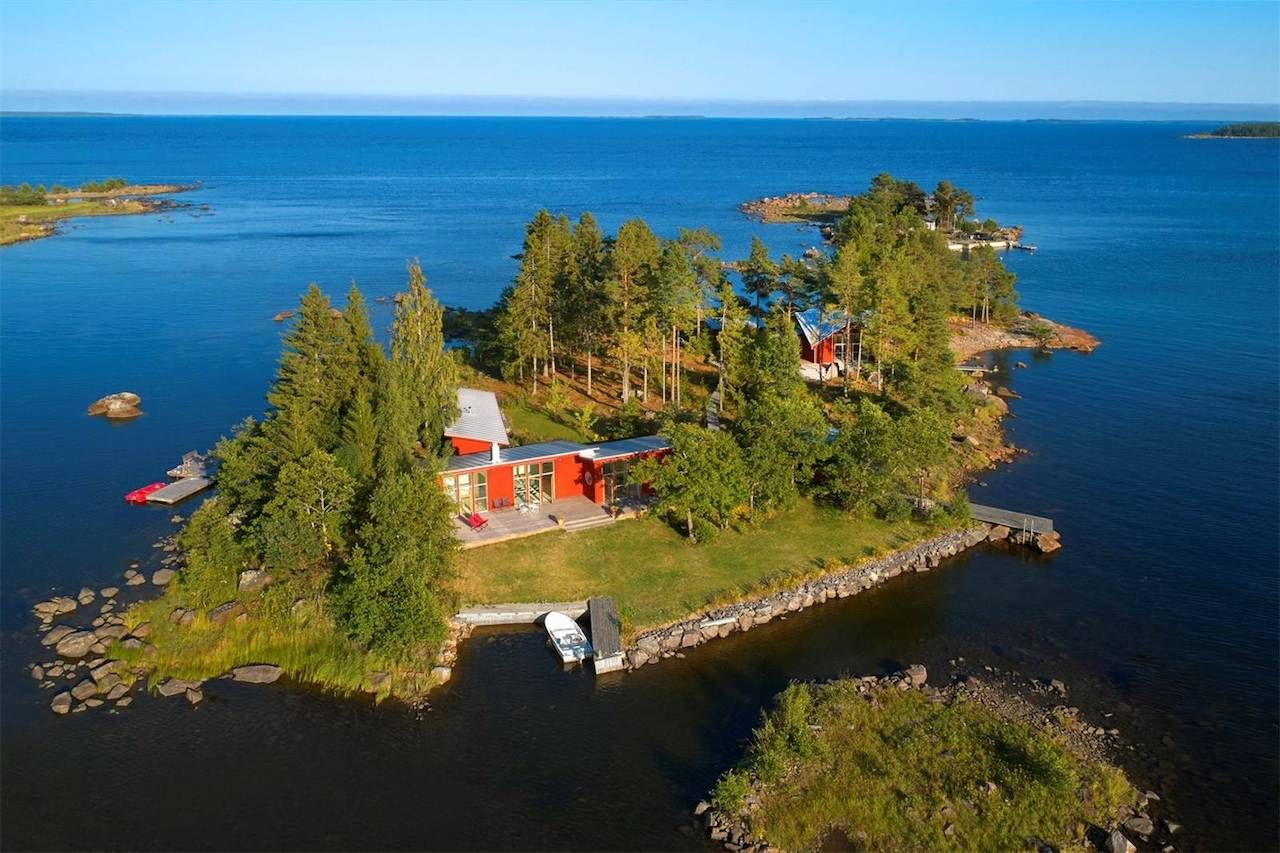