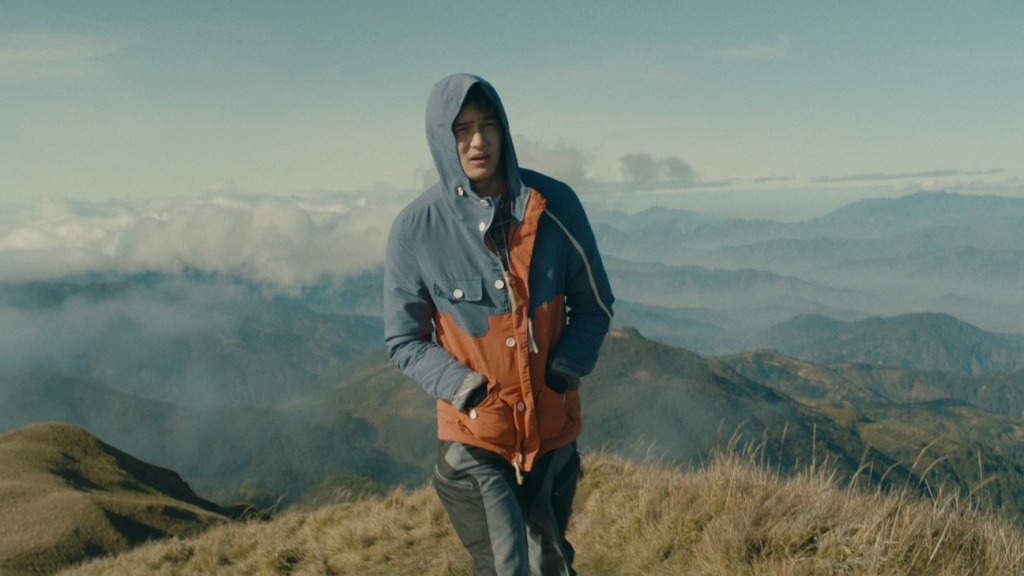 The well-loved tandem of Kathryn Bernardo and Daniel Padilla brings us to one of the world’s most unique hiking destination – Mt. Pinatubo in Zambales. There we get to see the Aeta community has been thriving in the area, as well as the enigmatic beauty that is of the crater of the volcano.

Movie Plot: Crazy Beautiful You follows the story of the rebellious young lady, Jackie (Kathryn Bernardo) who was forced to tag along with her mother in a medical mission in Tarlac – in hopes of turning her into a better person. There she meets Kiko (Daniel Padilla) who was tasked to take care of her while he’s attending with his own battles as well.

Also read: A Stranger brought us to Mt. Pinatubo

This “The Fault in our Stars”-themed movie of Joshua Garcia and Julia Barretto brings us to the fabled Mt. Milagros which was thought to be the landing field of aliens here on earth. Mt. Milagros is non-existent. But the location site of the film which is Nagpatong Rock does exist in Batangas. And because of this movie, visitors started flocking in the area (with 200 – 800 hikers a day!)

Movie Plot: Desperately trying to move one from the loss of her mother, Mika (Julia Barretto) runs away from home and sets out on a road trip to seek for aliens. There she stumbled upon Caloy (Joshua Garcia) who is set for a different journey as well. They agreed to travel together in search for Mt. Milagros to contact the aliens.

On an interview shared by TBA Studios Production Manager, Lexter Tarriela, the original plan was to actually film “Goyo” at the historic Tirad Pass in Ilocos Sur. Together with Director Jerrold Tarog, they scaled the 1,154masl height of the mountain and was totally astounded by the view at the top. However, after doing the logistics, they realized how difficult it is to bring all crew and heavy equipment onsite. Hence, they reached out to the DENR, who gave them a list of mountains that provide almost the same vista as Tirad Pass. And instead of filming at Tirad Pass, they settled for Mt. Balagbag in Rizal.

Movie Plot: The second installment of TBA studios historical trilogy features the story of the young general, Gregorio del Pilar, commonly known as “Goyo”. Starred by Paulo Avelino, “Goyo” narrates brings us back to the Philippine-American War and the epic Battle of Tirad Pass.

It took five years for directory Pepe Diokno to complete this Filipino-French movie “Above the Clouds” which brings us in the cold highlands of Northern Luzon – in Mt. Pulag. It premiered as an Asian Futures sidebar feature in Tokyo and as well in Singapore where it was warmly by most viewers. In 2015, it took part as an entry for Cinemalaya Film which was shown at the CCP.

Movie Plot: Above the Clouds follows the story of Andy (Ruru Madrid) who was forced to live with his estranged grandfather (Pepe Smith) after losing both of his parents during the onslaught of Typhoon Ondoy. The movie buds into a familiar journey of grief as they embarked on a hike to Mt. Pulag – as they retrace the steps of his parents, his children.

Also Read: Mt. Pulag: What the Playground of Gods taught us about Taking Things Slowly (via Akiki Trail)

One of the most significant part of 100 Tula para kay Stella was shot in Cong Dadong Dam with Mt. Arayat in the background. This budding teen romance movie starred Bela Padilla and JC Santos became one of the hit movies watched during the Piyesta ng Pelikulang Pinoy. The 90s vibes of the movie surely brings nostalgia with its cultural reference to Friendster, diskettes, Nokia phones, cassette tapes, and who would forget… Dice and K9’s “Itsumo”.

Movie Plot: 100 Tula para kay Stella retells the story of Fidel (JC Santos) and Stella (Bela Padilla) in 2004 where they met as freshmen college students in Pampanga. Despite their obvious difference – a poet with speech impediment and a punk rocker – the two became good friends for the span of four year. Unknown to Stella, Fidel has been long-mustering enough confidence to read his poems solely dedicated for her.

Suggested read: Mountaineering is Dangerous to your Heart

Here’s to a new wave of Philippine horror as “Banal” showcases the true events that had happened to many hikers while hiking the mystical mountains of the country. The movie features Mt. Awanggan – which is like Mt. Milagros, a fabled mountain – and the horrors that evolve around it. Though far from the perfect horror movie we all crave for, “Banal” goes beyond the usual cheap jump scare that we’re all tired of having.

Movie Plot: Banal follows the story of a group of teenagers who set forth for a hiking adventure to Mt. Awanggan – which they believed to grant wishes to anyone who reaches its peak. The film takes on their personal baggage and motives then added some supernatural experiences which will really leave the audience totally unsettled and terrified.

I’ve been needing a lot of mountains these days. I’m truly missing the struggles and pain, as well as the horror, of hiking and camping. Do you know any Filipino movies that features the mountains? Let’s add them to this list! Comment them down below or message me on Facebook, Instagram, or Twitter.